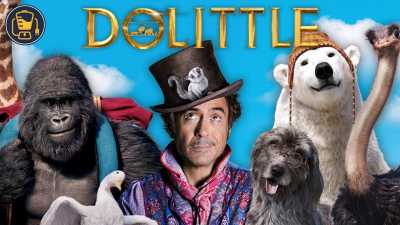 As we near the end of beloved star Robert Downey Jr’s latest film, Dolittle, we are met with an episode so utterly nonsensical, few things in life could top it. There he is, the ‘billionaire, playboy, philanthropist, genius,’ with both his arms up a CGI dragon’s behind

pulling out bagpipes from her rectum. In that moment, you wonder if it is your duty as a fellow human being to write to Marvel on Downey’s behalf, urging them to take him back. I’d much rather watch a dozen mediocre films of him flying about in tin suits than giving colonoscopies to fantastical creatures.

Dolittle is a train wreck of such colossal measures that no amount of fighting writers, meddling studio heads or incessant cash flow could have saved. The script — much like the motivation to make even a passable film — is non-existent,

the performances are uninspired and the CGI undercooked. I racked my brains hard to come up with a single good thing to say about it but the best I can manage is that it’s short so the suffering ends quickly enough.