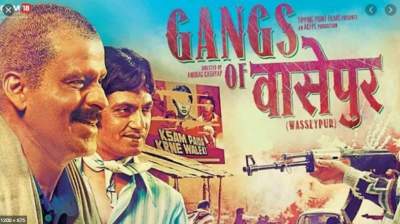 Gangs of Wasseypur – Part 1 (stylised as Gangs of वासेपुर) is a 2012 Indian darkish comedy crime movie directed by using Anurag Kashyap,[9] and written by using Kashyap and Zeishan Quadri. It is the first installment of the Gangs of Wasseypur series, centered on the coal mafia of Dhanbad, and the underlying electricity struggles, politics and vengeance between 3 crime families from 1941 to the mid-1990s.

Although each elements had been shot as a single movie measuring a total of 319 minutes, no Indian theatre would display screen a 5-hour movie, so it was divided into two parts.

Gangs of Wasseypur became screened in its entirety on the 2012 Cannes Directors’ Fortnight, marking one of the only Hindi-language movies to gain this. It turned into also screened on the Sundance Film Festival in January 2013. It became filmed in Varanasi, Bihar, and Chunar, with those settings inspiring the movie’s soundtrack, which is composed particularly of Indian folks.