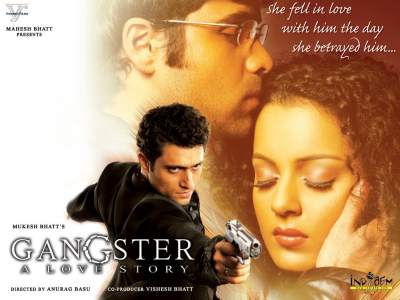 Simran (Kangana Ranaut) drowns her distress in booze. Her one pal in Seoul is Aakash (Emraan Hashmi), a singer in an Indian restaurant.

Originally a bar dancer in Mumbai, India, Simran is the lady friend of a infamous gangster, Daya (Shiney Ahuja). Five years in the past, Daya’s boss Khan (Gulshan Grover) ordered him to give Simran up. When Khan threatened Simran, Daya became on him and Khan cut Daya free from his gang.

She and Daya were forced to escape to Seoul. They took a small boy named Bittu with them. After an stumble upon with the Mumbai police, Bittu became killed, causing a pressure inside the couple’s dating and pushing Simran in the direction of alcoholism. Leaving Simran on my own in Seoul, Daya went to paintings in Mauritius and then Dubai.

Aakash tells Simran that he cares for her notwithstanding her beyond, and their dating progressively develops from friendship to like. Daya, who’s still in Dubai, all of sudden involves Seoul. When he learns of Simran’s affair with Aakash, he assaults and critically beats him in a fit of rage and jealousy. Daya then professes his love for her and guarantees to reform and fulfill her dreams of a normal lifestyles; he also tells her that if she really loves Aakash he’ll now not maintain her lower back. Before Simran can reply, the police arrive in pursuit of Daya and Simran. The flee.

Daya gives up murdering innocents and starts working bizarre jobs, admitting to Simran that he has determined peace in doing honest paintings. He says that he would love to go back to his village in India along with her, in order that they may stay there peacefully. To accomplish that he would have to carry out one closing crime: fake passports for him and Simran.