“When a simultaneous coordinated assault then threatens the bottom itself, Collins comes face-to-face with the charismatic but crooked Alexander Kessel (Luke Bracey), a former US military intelligence officer reason on carrying out an unthinkable plan. With simplest minutes on the clock, Collins have to utilize her years of tactical schooling and military knowledge to determine who she can consider and stop Kessel and his covert mercenaries from completing their twisted and terrible task. 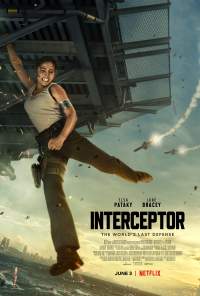 The pell-mell plotting of “Interceptor” recollects the Onion parody interview with the excitable, 5-12 months-antique screenwriter of “Fast Five.” This nuclear mystery from Matthew Reilly — the Australian writer of severa adventure novels — is clunky and barely coherent anytime there’s not a fight scene. But even the most stilted one-liner (“It’s the gig financial system!”) boasts the weirdo zeal of someone having a laugh throwing motion-film nonsense at the display.

The fun isn’t always contagious, even for a person like me who grew up reading Tom Clancy’s wonky Cold War fantasias. “Fast and Furious” franchise participant Elsa Pataky plays Captain Collins, a soldier on a missile defense rig within the Pacific. Sixteen rogue Russian missiles will hurtle at American towns if Alexander (Luke Bracey), a chatty terrorist, can disable the base’s control room with his cronies. Owing to homicide and terrible staffing picks, Collins need to fend off the intruders nearly single-handedly.