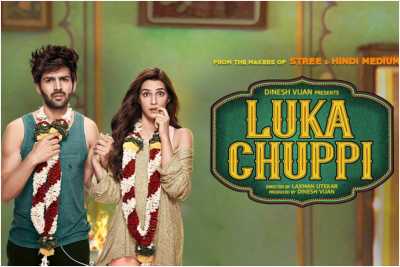 Luka Chuppi (transl. Hide and seek) is a 2019 Indian Hindi-language romantic comedy film directed by Laxman Utekar. Produced by Dinesh Vijan under Maddock Films, it stars Kartik Aaryan and Kriti Sanon and tells the story of a television reporter who cohabits with a headstrong woman. Chaos ensues when their traditional families assume them to be married to each other. Principal photography for Luka Chuppi began in August 2018 and was completed the following month. It was released on 1 March 2019, and has grossed over ₹126.03 crore (US$18 million) worldwide.