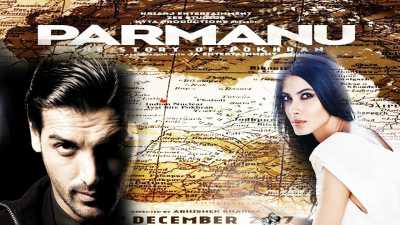 Parmanu: The Story of Pokhran is based on the nuclear bomb test explosions conducted by the Indian Army at Pokhran in 1998, under the leadership of India’s future President Dr. APJ Abdul Kalam, during the time of PM Atal Bihari Vajpayee’s tenure. John Abraham plays the lead member of the Pokhran Nuclear test team. The film tells the audience about the failures and the hidden facts that no one paid attention to and brings out the unsung heroes of the experiment that put India on the map as global nuclear superpower.

Parmanu was officially announced on 15 April 2017 via Taran Adarsh’s Twitter handle. John Abraham was approached by film producers Prerna Arora and Arjun N Kapoor with the script, which was further developed. Parmanu was shot in Delhi and Mumbai, with major portions being shot in Pokhran, and areas of Pokhran Fort, Aada Bazaar, Gandhi Chowk Main Market and the Gomat Railway Station. The principal photography of the film began on 31 May 2017 and the shoot was completed in August. About the film, Abraham said: “Parmanu is an ode to the Army and scientists, who although ordinary people, truly accomplished extraordinary feats in the face of adversity to ensure that India finds its due place on the world nuclear map.