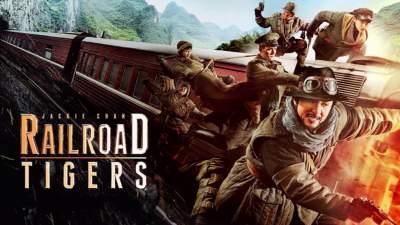 In December 1941, Japan expands the occupation of its neighbouring nations to Southeast Asia. The railway from Tianjin to Nanjing in East China became a key army transportation direction, heavily guarded by means of Japanese soldiers. Railroad worker Ma Yuan (Jackie Chan) leads a team of freedom combatants. Using his deep knowledge of the teach community, he and his men sabotage it, ambushing Japanese infantrymen and stealing elements to feed the starving Chinese. Although the freedom opponents don’t have any weapons of their very own, they employ whatever equipment are handy, inclusive of a hammer and shovels, unfastened railway music planks and diverted trains.

The local Chinese call the unlikely heroes the “Railroad Tigers”. The freedom combatants discover themselves on the wrong facet of the tracks when the Japanese send reinforcements to Shandong. In an act of defiance, Ma Yuan launches his most dangerous venture yet, blowing up a closely guarded railroad bridge. When the Japanese analyze of the crippling plan, which will derail the struggle effort, the stakes are raised even higher. After many neglected opportunities and neglected shots, the bridge is blown up by way of the ragtag Chinese railroad tigers.