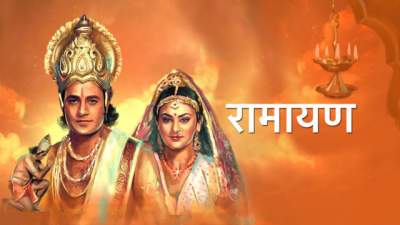 Ramayan is an Indian Hindi-language mythological television series based on ancient Indian Sanskrit epic of the same name. The show was originally aired between 1987 and 1988 on DD National. It was created, written, and directed by Ramanand Sagar. The show is primarily based on Valmiki’s Ramayan and Tulsidas’ Ramcharitmanas. The series had a viewership of 82 per cent, a record high for any Indian television series. Each episode of the series reportedly earned DD National 40 lakh.

The series was reaired during the 2020 Coronavirus lockdown and broke several viewership records globally which includes setting the record for the most watched TV show ever in the world, with 77 million viewers on 16 April 2020. The show was narrated by famous actor Ashok Kumar and the director Ramanand Sagar.