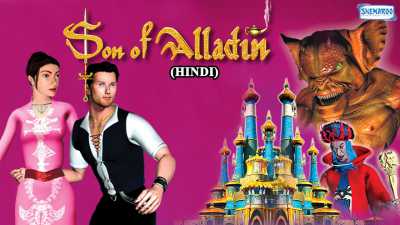 Son of Aladdin is a 2003 English and Hindi animation Indian film based on the life of the Aladdin written and directed by Singeetam Srinivasa Rao. Produced by Pentamedia Graphics, the film had 1100 shots and 125 characters. The film won Special Mention in the Competition section at the 2003 International Children’s Film Festival Hyderabad, and was subsequently premiered at the 37th International Film Festival of India.[5] In 2016, the film was released as Mustafa & the Magician in Los Angeles and was submitted for consideration for the animated feature film Oscar.