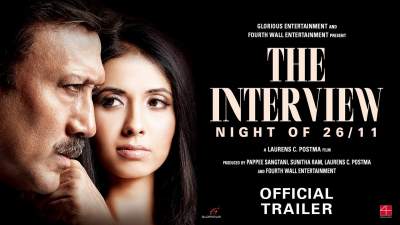 There are very few movies that go away me pressured, and director Laurens C Postma’s The Interview: Night of 26/11 is genuinely one of those movies. While I am nonetheless seeking to understand the tale, I am also not certain about the reason in the back of making this movie. This one largely revolves around Rohan (Jackie Shroff), a war journalist who’s forced to interview film movie star Tara (Anjum Nayar) at the night of 26/11. The reporter additionally concurs to do so for the sake of cash, however there is hardly any interview that occurs all through the narrative.

This is exactly where the confusing component starts. Once Rohan reaches Tara’s residence, at some point of their communication they are attempting to out play every other, ridicule each other, and probably even make an try and forge a bond in some unspecified time in the future – but all this for a flimsy, almost forced climax in the end, which made no feel. I agree with it might were less complicated, and maybe far greater wonderful if the journalist might have taken the interview and left.

There were many greater things inside the movie that left me confused, along with the element wherein Rohan’s Editor forces him to retain with Tara’s interview, while the former kept insisting that he need to be protecting the assaults. I surprise which Editor might do that. Additionally, some of the dialogues were forcefully intellectualised, while some had been made quirky, but they brought not anything to the already muddled plort. Background tune turned into monotonous and appended no cost to the general aesthetics of the film.