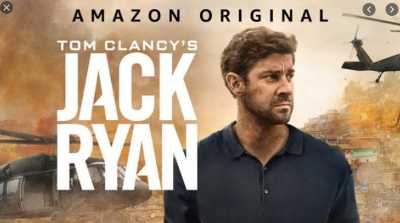 Jack Ryan wasn’t introduced to the world as a suave superspy with a license to kill. He wasn’t a part of the Impossible Mission Force and doing a Tom Cruise by jumping off the Burj Khalifa, neither was a G.I. Joe with some smart weapons, but what he was, was a former marine turned analyst for the CIA suffering from PTSD.

This was a man who regretted the use of a gun to kill an enemy, even if it was an act of self-defense. If anything that he really was, was a patriot.

Rollback to the time when he discovers illegal monetary transactions and when he’s called for to interrogate a suspect in Yemen, “I’m an analyst,” Ryan says. “I don’t interrogate people. I write reports.”

“Get on the fuckin’ plane”, his boss (Wendell Pierce) replies. If this was what we knew about John Krasinski’s titular character from the opening season, we see a rage-filled, emotionally charged up Ryan in season 2 after he witnesses the death of Senator Moreno right in front of his eyes.

The expressions firmly established that Ryan was still suffering from PTSD and Moreno’s death just pushed him to the brink. All that was on his mind was revenge and that was a deadly shade of Ryan the season explores.