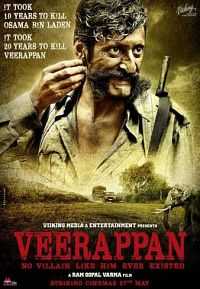 Koose Muniswamy Veerappan during his teenage starts working as an assistant to his relative Sevi Gounder, a notorious poacher and sandalwood smuggler. His father and relatives, whose village lay in the forest area, were also known to be poachers and smugglers. Veerappan (Sandeep Bharadwaj), dominant in Sathyamangalam Forest in the states of Tamil Nadu and Karnataka, defies the governments, and Indian Border security paramilitary forces, and maintain a small army. He is wanted for killing approximately 184 people, about half of whom were police officers, including senior police and forest officials. He was also wanted for poaching about 200 elephants and smuggling ivory worth US$2,600,000 and about 10,000 tonnes of sandalwood worth approximately US$22,000,000.

In 1991, Veerappan and his chief Intel Gandhi, behead IFS Officer P. Srinivas. Years later, Veerappan avenges the death of his close associate Gandhi by misleading Special Task Force (STF) personnel in their covert operation, through Gandhi’s unnamed notorious informer. The covert mission led by T. Harikrishna S.P., and his informer S.I. Shakeel Ahmed to kill Veerappan fails miserably. Veerappan and his army brutally assassinate all the STF officers in the operation and snatch their arms.